“Asking rather than telling, questions rather than answers, has become the key to leadership excellence and success in the twenty-first century.” That, in a nutshell, is the premise of this book.

Marquardt who has taught and written extensively on action learning shares the wisdom of leading with questions.

The book is divided into three sections: The Power of Questions; Asking Questions Effectively; and A Guide for Leaders of Using Questions. Throughout the book the author uses quotes from interviews of top business leaders about their use of questions.

The Power of Questions begins with examples of disasters such as the sinking of Titanic, the explosion of the Challenger spacecraft, and the 1961 Bay of Pigs invasion. The cause of each disaster is attributed to a lack of questioning.

Do you have the leadership skills you need to solve problems, reach goals, and develop others? 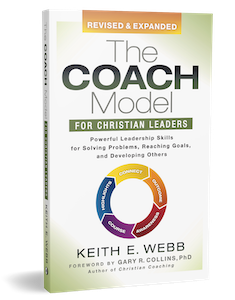 The COACH Model® is a radically different approach to leading people. Rather than providing answers, ask questions that draw out what God has already put into others. Learn how to create powerful conversations to assist others to solve their own problems, reach goals, and develop leadership skills in the process.

Whether you are working with employees, teenagers, or a colleague living in another city, you’ll find powerful tools and techniques you need to increase your leadership effectiveness.

Are there basic differences in thought processes between the Chinese-Confucian societies of East Asia and Western societies? The author answers “yes” and makes a compelling case.

This book’s subtitle is: How Asians and Westerners Think Differently…and Why. Nisbett’s thesis is that there is no universal human cognition – all cognition is culturally affected.