I’ve observed that what sets excellent leaders apart is not what they know, or who they know, but how much they “no.” Saying “no” is a prioritizing and focusing behavior that means saying “yes” to something else – and greater results. 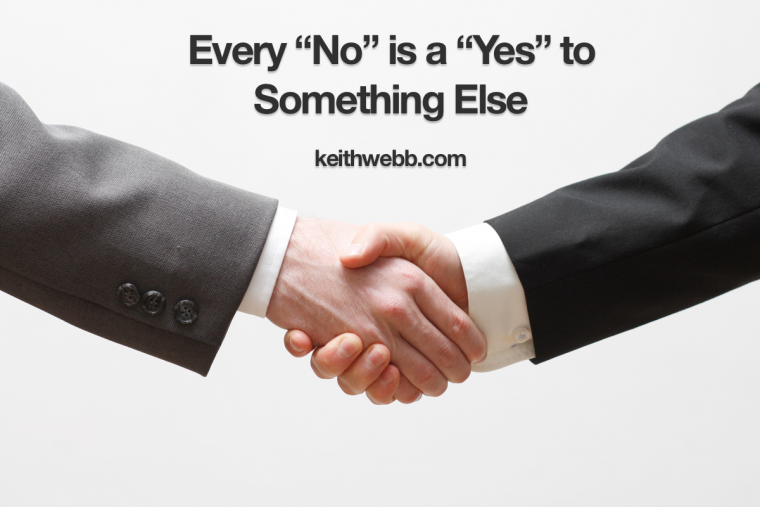 The word “no” is formed with only two letters, but for many of us it’s one of the hardest words to say.

When it comes to work-related things, I don’t like saying no. Here are some of the reasons, and what is really happening:

A better way to think about saying “no” is that every “no” is actually a “yes” to something else.

Every “No” Is A “Yes” To Something Else

Question: What helps you to say “no”? You can leave a comment by clicking here.