Following your true calling is an ancient problem. In Greek mythology, the beautiful songs of Sirens lured sailors to wreck on rocky shores. Today, Sirens lure us to abandon our calling with promises greater happiness elsewhere. There’s a powerful way to stay on course with your true calling, one that the Greeks used. 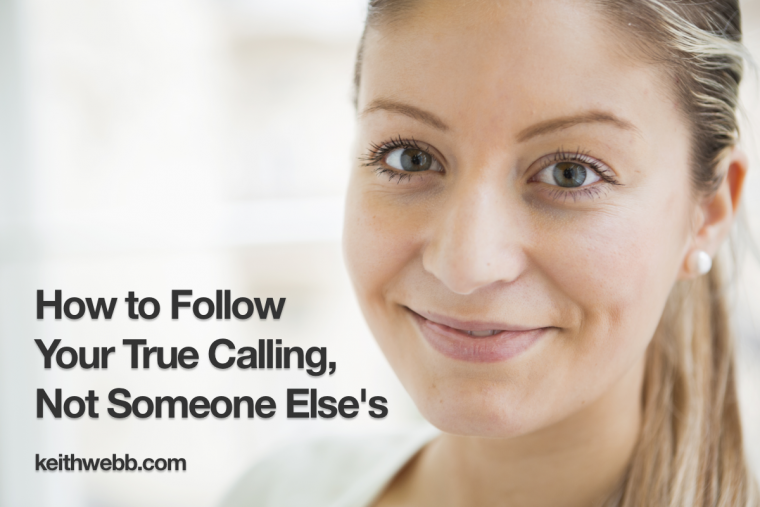 Homer’s Odyssey follows the hero Odysseus on his epic journey home from the Trojan Wars. In one adventure, his ship neared the dangerous islands of the Sirens. The songs of Sirens were so beautiful that sailors were captivated as if under a magical spell by their music. They changed course and blissfully, and suddenly, wrecked on the rocky shores and died.

Odysseus, aware of the power of the Sirens’ song, was also curious to hear it. He instructed his men to tie him to the mass of the ship and to not release him. The sailors then filled their ears with beeswax to block the song. Filled with fear, the sailors approached the islands. Sure enough, Odysseus heard the song and begged to be released, but the sailors only tightened his bindings. Only when they were far away did they judge it safe to release Odysseus.

In a different story, Jason of the Argonauts also traveled near the islands of the Sirens. He took a contrasting approach to the Sirens’ song. As his ship neared the islands, Jason instructed Orpheus to play his stringed lyre. Orpheus played powerfully and more beautifully than the Sirens sang, breaking their spell. The sailors were captivated by Orpheus’ beautiful music and their ship rowed past the island of Sirens safely. Orpheus didn’t focus on the Sirens’ songs, instead he played his own so well that the Sirens held no appeal.

How to Avoid Siren Songs and Follow Your True Calling

What do these stories of Sirens have to do with your true calling? Plenty!

1. Recognize Your True Calling. Most likely you don’t know what your calling is 100%. Neither do I. That’s normal. We understand parts of our calling. It gets clearer as we move toward it. What we do know, we need to hold onto and follow. I think of calling in two parts: 1) a unique contribution we make in the world and, 2) a way of being. Our calling to a way of being is character.

For me, I have come to realize that my unique contribution is to take complex concepts and make them practical and usable for people so they can fully live out their calling. I’ve done this in a number of contexts. I do this mostly by developing processes and writing and speaking about them. That’s my calling. I’m not called to be a pastor of a church or an airline pilot, or the CEO of a multinational organization – all things I’ve wanted to do. Recognizing my true calling helps me distinguish Siren songs.

2. Siren Songs Are Tempting. Sirens are all around us. They sing, “Be like him. He’s famous / rich / powerful / successful / handsome (insert your temptation here) and that’s what you should be too.” Their voices come through our friends, colleagues, family, television, and most insidious of all, our own hearts.

Their songs are not just about your career, but about your character too. The top three Siren songs go after money, power, and sex to enchant your character. The lyrics are familiar to all of us. “You want it. You deserve it. You’ll be happier with it. Take it now.” When we do, we wreck our lives on the rocky shores covered with the bones of others who followed the Sirens’ melodies.

3. Play Your Song Loudly. With Sirens everywhere, plugging our ears to avoid the Sirens’ songs isn’t a practical answer. I suggest we take Jason’s approach. Play and sing your calling song loudly and beautifully. Let your song drown out the Sirens’ songs.

You bring something needed to the world. Be who you were created to be, not what you or others wish you were. The more skillfully and graciously you live out your calling, the more others will hear your song and recognize its beauty too.

Don’t be enchanted by the Sirens’ song and let them lead you away from your calling. Recognize the beauty of your own song, your true calling. Sing it loudly!

5 thoughts on “How To Follow Your True Calling, Not Someone Else’s”