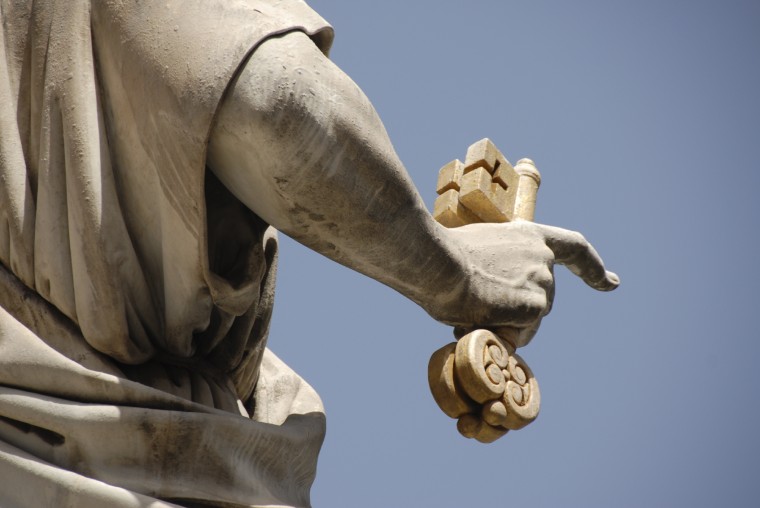 I may not agree with Pope Francis on a number of points, however, his actions continue to inspire me regarding humble, transparent, generous, servant leadership. I am not alone, the Washington Post ran a article called, Like Pope Francis? You’ll Love Jesus. And Time named him Person of the Year in 2013.

What is Pope Francis doing that is winning over friends and detractors?

Take a look at these four questions. How would your followers answer them about you?

1. How does your lifestyle match your values?

For a hundred years, each Pope has lived in the papal apartments above St. Peter’s Square. The sprawling ten room apartment is well-appointed and luxurious. It comes with a vestibule, private study, library, medical suite, and a private chapel with works of art. This was all too much for the new Pope. He refused to move in. The simpler Vatican guesthouse was more it his liking. It allows him to live in community with others.

Pope Francis’s housing decision stands in stark contrast to Atlanta Archbishop who build a 6,400-square-foot, $2.2 million mansion for his residence. Only after a public outcry did he agree to sell the property and move back into parish housing. [source]

A leader’s goal is not an ever-increasing standard of living. Leading with your values means, at times, giving up personal rights and privileges – even though you don’t have to. Just because you can do something, doesn’t mean you should. Your lifestyle communicates your values.

2.  What values do you live when no one is looking?

The headline read: “Pope Francis Caught Sneaking Out of Vatican At Night.” My heart sank. The article featured a photo of Pope Francis on a Rome street in the middle of the night. Dressed as a normal priest, the Pope was caught in a grungy area of Rome.

What was he doing there? He was giving alms to the poor. This practice is expected of priests, and a habit of the Pope Francis prior to becoming Pope. He wanted to serve the poor and snuck out at night to not make a big deal out of it. [source]

Personal practices make a leader authentic and believable, or not. Live out your values, even when you don’t have an audience. If you get caught, you’ll have nothing to worry about.

3. How do you react when things don’t go your way?

During a special family mass in St. Peter’s Square, a 6 year-old boy walked up on stage to where Pope Francis sat. The boy wanted to see the Pope’s papal cross. He was curious about the Pope’s ring. He even sat in the papal chair. The Pope patted him on the head and spoke to him.  All the while, the service continued.

Other officials tried to coax the boy off the stage, with no luck. The boy stayed with the Pope. As Pope Francis went to the podium to speak, the boy followed him. The Pope put his arm around him while he spoke. This went on for over twenty minutes. Never once did Pope Francis appear the least bit irritated with the boy. [source]

Real values are those that emerge when the heat is turned up – when things don’t go your way. Moments of anger, frustration, or embarrassment reveal our values and leave lasting impressions, one way or the other.

4. Do you regularly show the values that might make you look “weak”?

The final story I want to share is the one that prompted this article. At the beginning of Lent, Pope Francis was led into St. Peter’s Basilica to receive confessions from believers. As an official pointed to the booth the Pope was to occupy, Francis turned, walked across to another confessional where a ordinary priest sat. The Pope kneeled and began to make his own confession. After he was finished, the Pope got up and went on to receive confessions from others.

“Who can say he is not a sinner? Nobody. We all are,” said Pope Francis afterwards. Once again, Francis’s humility and personal example stunned friends and foes. [source]

Power and position can make leaders want to hide the values that might make them look weak. We want to project a powerful image. Showing all our values, including the more humble ones, may actually demonstrate strength instead of weakness.

People are watching you. They’ve heard your talk, now they are watching your walk. Leading with values is a powerful way to gain the respect of others. Every time you actually lead with your values you reinforce these values in your followers and your organization.

Question: From these stories, what do you think are some of Pope Francis’ values? You can leave a comment by clicking here.

One thought on “Win Over Skeptics By Leading With Your Values. 4 Ways Pope Francis Does It.”