St. Francis of Assisi was superb communicator. People loved him. He taught with stories, acting, and props. On Christmas of 1223, he created the first live nativity scene to illustrate the birth of Jesus. St. Francis is the patron saint of active learning. Here’s the story of the first nativity scene. 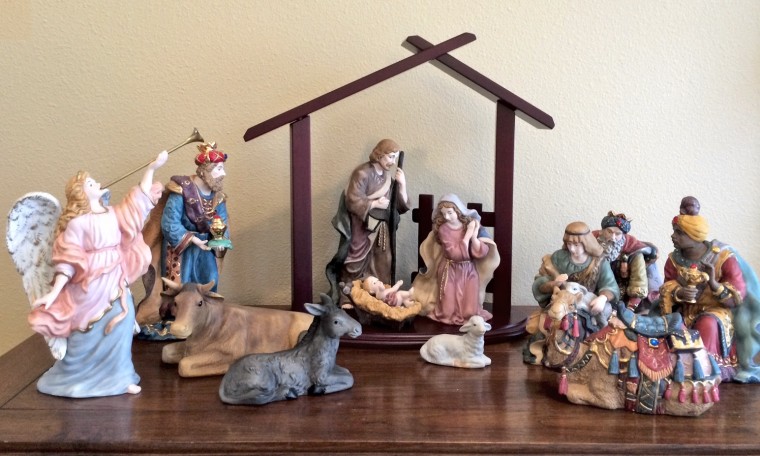 In case you are not familiar with St. Francis, he lived in what is now central Italy and began a spiritual movement based on the teachings of Jesus. He was radical. He renounced all material things. Francis grew up rich, but came to believed that possessions possessed us – causing greed, envy, and fighting to get and keep things.

Francis gave his life to helping the poor, taught about following God, and lived a holy life. He did all this in compelling and active ways.

Two major principles of his active learning style were:

In Francis’ day, Italian was for day-to-day conversations and Latin was used for teaching, reading Scriptures, and praying. Most people could not understand Latin, so Francis taught in Italian. His practice was said to have surprised and gladdened even the hardened people of Rome.

Francis used Italian to write Canticle of Brother Sun. It is the earliest Italian language poem to survive. This poem inspired Dante a century later to write The Divine Comedy in Italian rather than Latin.

When the topic is familiar to your audience, you must communicate it differently. Francis told stories with great emotion. He encouraged the use of simile, rather than abstraction in teaching so that the average person would understand. Use animals, he said, because people are familiar with their behavior.

St. Francis was an actor in his youth and carried the dramatic into his teaching. He used pantomime to illustrate. He was cheerful, with a good sense of humor.

In 1223, with the help of some local people, Francis made arrangements for a special feast of Christmas on a hill near Greccio, Italy. No one had ever done what he was about to do. He created the first live nativity scene. The nativity scene in your home traces its origins to what Francis did that night in Greccio.

Animals were brought in – Ox, donkey, sheep, and chickens. A real animal trough held a baby doll resting in hay. A shelter was arranged. Francis wanted it to be as real and as tangible as possible.

Men and women carrying torches and candles came from the surrounding areas to join the gathering to see this unusual thing.

Francis shared the familiar Christmas story in a new dramatic way. God sent his son Jesus to be born as a child – Francis walked to the baby and spoke to it. He pointed out the smell of the dirty stable, surrounded by animals and their waste. To Francis this environment highlighted the incredible humility of Christ.

The nativity illustrated how God emptied Himself to walk among us and ultimately to be sacrificed in response to our sin so that we could be restored to full relationship with God.

Here is his voice: a powerful voice, a pleasant voice, a clear voice, a musical voice, inviting all to the highest of gifts. Then he preaches to the people standing around him and pours forth sweet honey about the birth of the poor King and the poor city of Bethlehem.

Francis communicated the full emotion of his message by the helping people to actually experience it for themselves through the nativity scene.

Experiential learning, we know today, is the very best kind of adult learning. Francis modeled it for us nearly 800 years ago. And he was simply following the example of another active teacher, Jesus.

Question: How have you helped others experience a familiar message? You can leave a comment by clicking here.