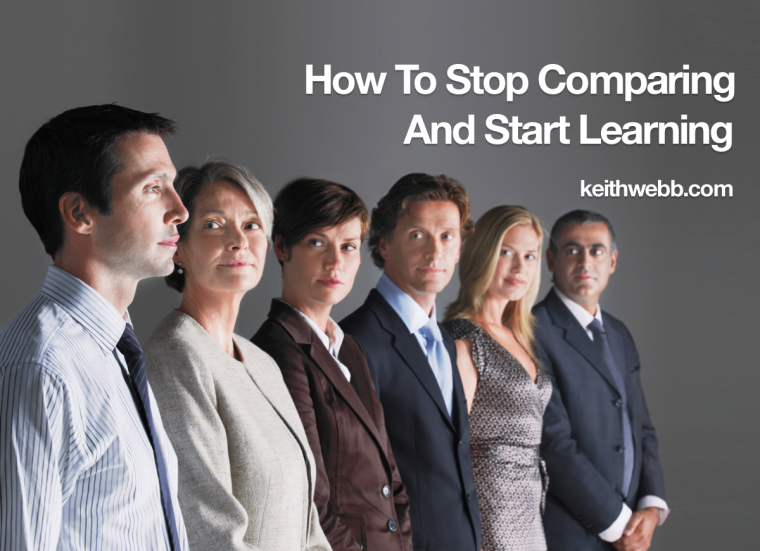 I was invited to speak at a large conference. I was on next. On stage was Big-Name Speaker. He was really good! Polished. Engaging stories. Insightful points. He even dressed cool! A voice in my head whispered to me, “You’re not half the speaker he is. He’s got great stories with memorable points. Who are you? You’re not as interesting as him. You don’t belong here.”

My excitement turned into deflated nervousness. In one minute comparison had chased my confidence out the window. My calling and gifting left with it.

Comparisons Mess With Your Head

Each person is called and gifted to be someone unique and to make a unique contribution in the world. Comparing yourself to others causes you to stop being who you are called to be and doing what you are called to do. Others have their unique calling. Be who you were meant to be.

Back to my story, a second voice in my head spoke up. “You don’t have to be Big-Name Speaker. You have something valuable to offer. A message you’ve been called to communicate. A voice and style that comes from your gifting. It will connect with people. Not in the same way as Big-Name Speaker, but in a different and valuable way. Get up there and deliver that message!”

I did. With my personality and style I delivered the message and received a standing ovation… okay, maybe polite applause.

Inside, I knew I had authentically lived out my calling that day.

Learn From Others, And Compare Yourself to Yourself

We must continually learn and grow, without comparing ourselves to others. I improved my public speaking by listening to other speakers. Somehow in that process I wasn’t comparing, I was learning.

Obviously, there were comparisons taking place. I noted how speakers told stories, the way they made important points, their body language, what they put on their slides, etc. But these observations didn’t cause negative comparison emotions to kick in.

I’ve found that I can watch some people and just learn from them without playing the comparison game. Other people, I can’t watch without feeling those comparison judgements. My solution? Call me weak, but I just don’t watch those people.

We need to compare ourselves to ourselves.

This isn’t new. A 1st century community in Turkey was instructed: “Each one should test their own actions. Then they can take pride in themselves alone, without comparing themselves to someone else, for each one should carry their own load.”

You can’t win by comparing yourself to others. Observe, consider what you could improve, and implement it. The real standard isn’t someone else, it’s the person you were called to be. Compare yourself to that and keep growing.

Question: How do you keep learning while avoiding the negative comparison game? You can leave a comment by clicking here.

One thought on “How To Stop Comparing And Start Learning”