“Fast” and “Growth” are two words that appeal to me. I bet you’re interested in growing your business, ministry, bottom-line, or impact. If you’re like me, you want that to happen fast. I read a story of Kenyan villagers who outran several Cheetahs to capture them alive. I learned 3 important fast growth lessons from these villager’s tactics. 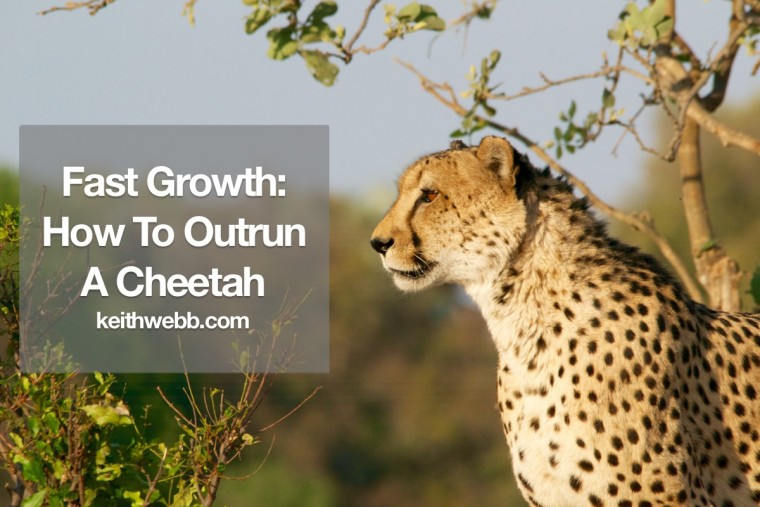 Faster than most supercars, a Cheetah can go from 0 to 60 mph in 3 seconds flat. A Cheetah’s acceleration and top speed of 70 mph makes it the fastest land animal.

The world’s fastest human is Usain Bolt, who clocked 23.35 mph in a 100-meter sprint. You and me, we could run maybe 16 mph if something with sharp teeth was chasing us, otherwise we’d run about 12 mph.

So, how did a group of villagers in north-east Kenya outrun and capture several Cheetahs? Here’s the story.

Outrun a Cheetah? It’s possible if you change your tactics.

How To Outrun A Cheetah

Villagers in arid north-east Kenya rely on livestock for their living, specifically, goats. A group of Cheetahs (called a coalition, but who knows that!) had killed 15 of one man’s goats, one at a time, over several weeks.

This went on for 4 miles.

Finally, the Cheetahs became so tired they couldn’t run anymore. The villagers captured them alive, tied them up, and turned them over to the Kenyan Wildlife Service. (Source: BBC News).

I like this story because it illustrates how it’s possible to do the impossible if you change your tactics. Here are 3 leadership lessons from this story:

What Cheetah do you need to outrun?

5 thoughts on “Fast Growth: How To Outrun A Cheetah”