Ships and airplanes have mysteriously disappeared in an area of the East Coast of North America known as the Bermuda Triangle. Leaders have Bermuda Triangles that make them feel helpless and fearful; things like public speaking, writer’s block, criticism, failure, and decisions. Here’s how to overcome your Bermuda Triangles. 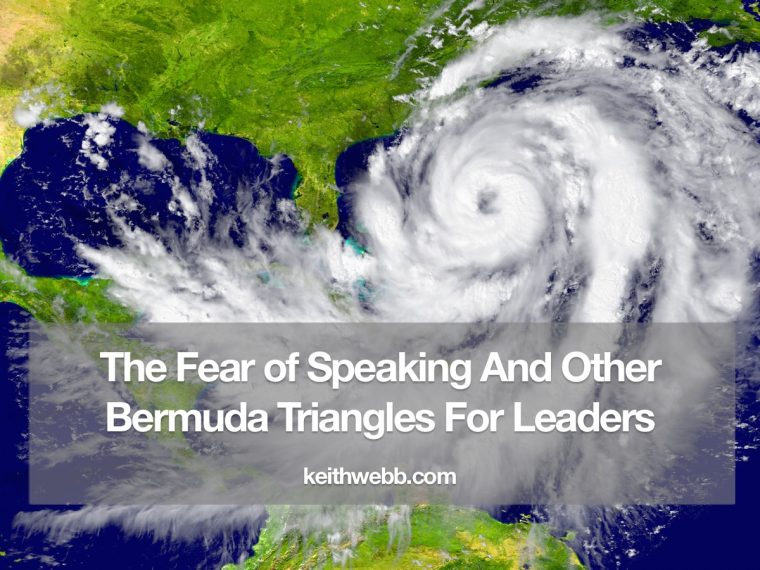 Here’s the deal. The Bermuda Triangle is a myth. It’s true that many ships have sunk and airplanes have crashed in that area. It’s also true that the area is one of the busiest sea and air lanes in the world. Insurance companies and the U.S. Coast Guard do not consider ships in the area to be at increased risk.

It’s the fear of the Bermuda Triangle, more than the area itself that messes with us.

Leaders have their own Bermuda Triangles that make them feel helpless and fearful.

Leaders have their own Bermuda Triangles that make them feel helpless and fearful. Here’s 5 common ones:

The 5 Bermuda Triangles for leaders, because they deal with the unknown and uncontrollable, trigger our fears and insecurity. It’s largely a mind game. We can overcome them by acknowledging the emotions they trigger and reorienting our minds to the truth of our situation. You are experiencing what every leader before you has experienced. Great leaders push past the fear and lead.