I challenged my university-aged son to create a plan to visit 10 business leaders and learn from them. He accepted! This project turned into leadership lessons, including how to interview anyone with confidence. 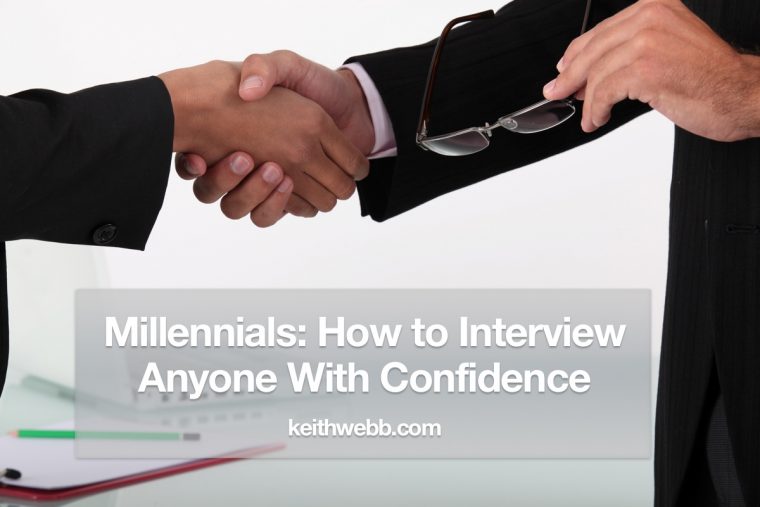 The idea was for Benjamin (19 years-old) to make appointments with business leaders and interview them at their offices. He had a number of purposes for doing these informational interviews:

He developed a process for these interviews, which he shares below. But first, here are a few lessons that made the experience exceptional.

We discussed giving versus taking.

“Exploring careers that interest me,” is taking. Instead, he wrote, “I want to explore careers where I could make a contribution,” which is giving. This is more than just word choice, it communicates your mindset.

Here are a few examples of giving versus taking:

“Why would they want to meet with me?” Benjamin asked when I proposed the plan. I told him they don’t want anything from him. They will meet with him to be nice, give back, or as a favor to me. It’s not about Benjamin, it’s about the leaders. The key, I told Benjamin, is to not try to be interesting, instead be interested in the leader.

Asking questions is essential to communicating interest in the other person. “All I do is ask questions,” Benjamin says. “I’ve heard their advice on choosing a major, how to approach a job interview, and offers to look at my marketing portfolio.”

“I make 30-minute appointments with each person. But not one of them has actually been under an hour. I say, ‘I don’t want to take more of your time,’ but the person says, ‘no problem, I’m enjoying this!’ and keeps talking.”

Benjamin discovered how people love to mentor those open to receiving it. When someone shows interest in us, we are happy to help.

Don’t try to be interesting, instead be interested in the other person.

On his way to meet the CEO of a large nonprofit in downtown Seattle, Benjamin missed the entrance to the parking garage. With only 10 minutes until the appointment, he was stuck in traffic trying to get around the block and back to the garage.

By the time he got to the receptionist, he was 15 minutes late for his 30-minute appointment. The CEO came out. Benjamin apologized for being late. The CEO said, “We don’t have enough time today. Make an appointment with my Assistant and we’ll try this again.” Benjamin went home embarrassed.

This CEO is a friend of mine. I thanked him for meeting with Benjamin and apologized for him being late for the appointment. My friend shared with me, “I could have rearranged my schedule and met with him that day. But I remembered a potential vendor who did the same thing with me. We never let him reschedule and he didn’t get our business. It’s a hard lesson, but better for Ben to learn it now than when a job or sale is on the line.”

I later shared this conversation with Benjamin, who was quite sobered by hearing it.

We talked about what happened. He realized he needed to let go of trying to be time efficient or save a few dollars on parking. Next time, he would make sure he left himself more margin, even if he waited 15-20 minutes in the lobby.

In the Starbucks headquarters lobby, not only was there air conditioning and iced coffee, a live jazz band played. He cooled down with cool Jazz while he waited for his appointment with a Starbucks executive, which was one of his favorite interviews to date. Lesson learned.

Here is Benjamin’s informational interview process from start to finish. Let’s hear it from him in his own words:

The ability to meet someone for the first time and carry on an engaging conversation is a critical skill for everyone.

These days Benjamin is interviewing for internships. It’s fantastic to see him confidently approach the application and interview process. He’s getting an education, and it not just from classes at his university.

4 thoughts on “Millennials: How to Interview Anyone With Confidence”