There’s no getting around it, everything involves some risk. It’s easy to be paralyzed into indecision and non-action when faced with risk. Smart leaders don’t avoid risk, they reduce it. Here’s how. 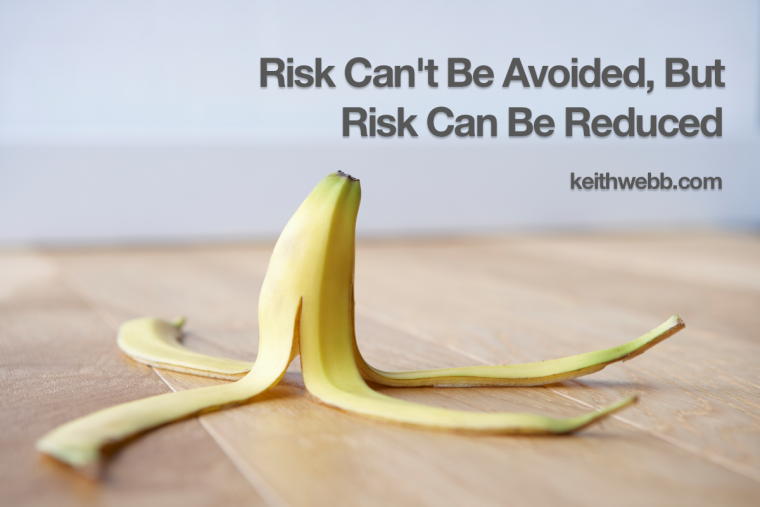 I don’t think of myself as much of a risk-taker, but I have taken a lot of risks.

For five years my family and I lived in post-911 Indonesia, the largest Muslim country in the world. The whole time, the United States has a non-essential travel warning in place. There were terrorist threats and bombings. Everyday risks from robbery and crazy driving were also a concern. Mosquitos carried Dengue Fever and knocked out many of my friends. That’s a lot of risk.

Another example. Not long ago, I completely reorganized my training organization so that we could serve twice as many people in the future. I discontinued a popular training program. Another program was introduced in its place that was even more extensive. And we increased prices to match the new value. Risk. Risk. And risk.

In hindsight, well, both still look risky! The risks never went away, but I did a number of things to reduce the risk.

1. Avoid All-Or-Nothing Decisions. Watch out for either-or, all-or-nothing decisions. With few exceptions, going “all in” is how you lose at poker and life.

At one point in our time in Indonesia, we felt it was best to leave the country for a time because of threats to Americans. Instead of thinking we either stay in Indonesia or go back to the U.S., we came up with other options and eventually went to Singapore for 10 days. This saved us a lot of trouble, expense, and time.

It’s risky to have only one alternative, one play. Instead, develop a few other good options. Don’t rely on just your own thinking, get input from others. There’s a reason people say, “have 3 good alternatives.” It’s to avoid all-or-nothing decisions.

2. Write It, Don’t Just Think It. I can think about and talk myself into all sorts of things. When I write it down, it transforms. The plan that was so clear in my mind becomes fuzzy on paper. Or the logical, I’ve-got-no-choice argument doesn’t look as strong without all the emotions attached. It goes the other direction as well. That plan I was ambivalent toward becomes the answer after seeing the case for it made in black and white.

3. Delay Can Be Risky. “The risk of a wrong decision is preferable to the terror of indecision,” Maimonides said. Delay can increase your risk. In my training organization, changes needed to be made in order to prepare the administrative processes to scale to greater growth. I had already delayed by looking too long for more alternatives, and that made the reorganization all the more difficult – and risky. Sometimes delay is strategic. Other times it’s risky.

4. Divide Implementation Into Value Phases. In keeping with the 3 points above, don’t wait until you have a big, full-featured, all-the-bells-and-whistles product or service. In the case of a decision, don’t wait until you’ve figured out every little point. Instead, create something of value, get it out there and add value to it as you go.

When we launched our coaching training programs back in 2006, we didn’t know what the interest would be or if people would join. So, I announced just one. The response was very positive. We held programs in other cities. We added more training, a book, and expanded into other languages.

By dividing implementation into value phases the risk was lower for each step because it built on what we had already implemented. Waiting until all the various parts of the larger system were in place would have been much more risky.

I’m happy to say that we came through our Indonesia years strong and healthy and continue to enjoy friendships we built there. As for my organization, we have more people than ever taking our training programs.

Through it all, risk could not be avoided, but we did use these four ways to reduce risk.

Question: What tips do you have for reducing risk? You can leave a comment by clicking here.

2 thoughts on “Risk Can’t Be Avoided, But Risk Can Be Reduced”